Candy.    I love candy.   I have had a "sweet tooth" all of my life.   My parents didn't normally keep candy in the house except at Christmas.   They would get that hard Christmas candy that we have all seen and probably eaten at one time or another. 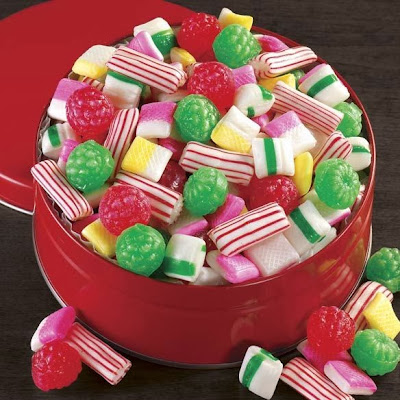 I especially liked the ones that were filled with a jelly or jam.   But let's not forget about the ribbon candy.   I would consume mass quantities of Christmas candy. 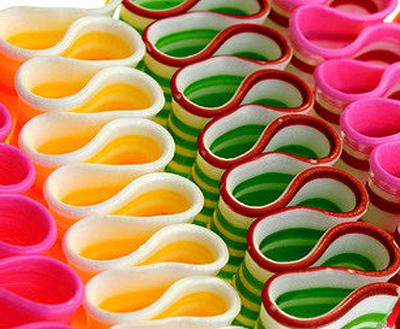 Each week on Tuesdays the school would empty out as the Catholic students went to the nearby Catholic church to receive religious instruction.   The few non-Catholic students would remain behind in the classroom and have a "study hall" for the afternoon.   I must admit that there wasn't much studying done on these Tuesday afternoon "study halls".   It was more of a time for fun and games.   Grade school was in a very old building which I just happened to like.   The picture below of my grade school is from a very old postcard. 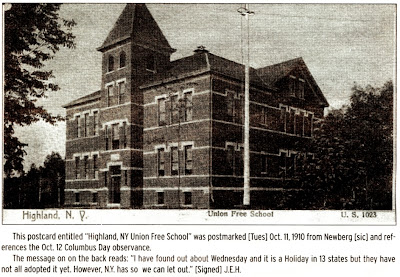 My parents were Methodist but non-practicing Methodists.   One day when I was in the fifth grade and it was a Tuesday close to Christmas, all of the Catholic kids came back with a little box of those Christmas candies.   The box was shaped just like an animal crackers box, string and all.

But instead of having the box look like a circus wagon, the box was printed to look like a church.   I was stunned by this.   All of the Catholic kids had a box of Christmas candy.   I asked how much the box of candy cost.   They said that they were free and they got them from the nuns for going to religious instruction.   Insatiable greed started to possess me.   I wanted some of that free candy.   I went home that day and told my mother that I wanted to go to religious instruction at the Catholic church.   She said fine.   So on Tuesdays I went to religious instruction at the Catholic church with the Catholic students to be taught catechism.   A year went by and "by golly" at Christmas time I got my free box of Christmas candy from the nuns, and I was happy.   I continued going to religious instruction and the following year I got my little animal cracker style box loaded with Christmas candy, and once again I was happy.  This was followed year after year and I was happy because I kept getting my box of Christmas candy.   When I got into my junior or senior year of high school I decided to convert to Catholicism since that was the only religion that I knew.   I was baptized by Father Michael Gallucci.   Then in a few weeks I received my first communion and then later my confirmation.
Now many years later I am a die-hard Catholic and would never consider any other religion.   But isn't it just amazing that the church won over a convert (me) for a small box of Christmas candy.    What a bargain for them.   Below is a crucifix that Father Gallucci gave me 60 years ago and I have kept it all these years and it is up on the wall.   It is one of my treasured possessions. 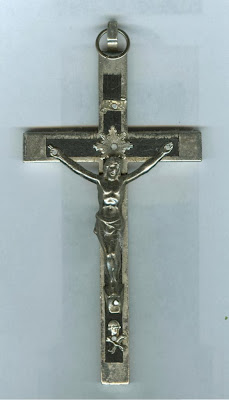 My parents moved from New York to Miami and I lost track of Father Gallucci.   I am sure that he must have passed on by now but I remember his words to me, "If I can get one person to convert to the Catholic religion then my life as a priest will be complete."   I was that one person.   The one who would make his life complete by converting to Catholicism.   He wanted me to go to a nearby Jesuit seminary and become a priest.   That didn't happen but my faith is deep.   Father Michael Gallucci is one of those people who are just exceptionally good.    Have a good holiday season and if you happen to eat any of those hard Christmas candies, just think of me.   Be blessed.   Lew
﻿
Posted by Lew at 4:06 PM